Why you need end-to-end encryption

TL;DR - no matter who you are, you need to set up an end-to-end encrypted communication app for your calls and messages, and start using it for your day to day communication.

Encryption is a technology that allows us to send messages to each other using codes. It's core to how we are able to exist in the digital age: it's why a neighbor with an antenna can't read your emails, it's how you are able to bank online without a hacker rerouting your money, or even how you access your medical records online privately. Encryption is so ubiquitous that you are using it every day and don't even realize it. In fact, most major services on the Internet, even completely public ones, turn on encryption automatically.

The lock icon means my connection to Blogger is encrypted.
When it comes to personal communication, encryption ensures two major things for the people you're talking to:
In the past, we lived happily without any encryption. Gen-X people likely remembered their wireless house phones, where sometimes you'd overhear your neighbor's calls in the background. This was normal at the time, and was mostly safe in an age where technology didn't run so much of our lives. But now privacy is not just a fringe benefit, but a matter of safety and the security of many of the things we hold dear.
What is end-to-end-encryption?
Most communication today is encrypted-in-transit. That means you have protection to and from your service provider. For example, if you send a message on Facebook Messenger, that message is secure between you and Facebook, and then from Facebook to the message recipient. But notably, Meta has access to that message. They can read it. They could edit it in transit. Or filter it if they don't like what you're saying. 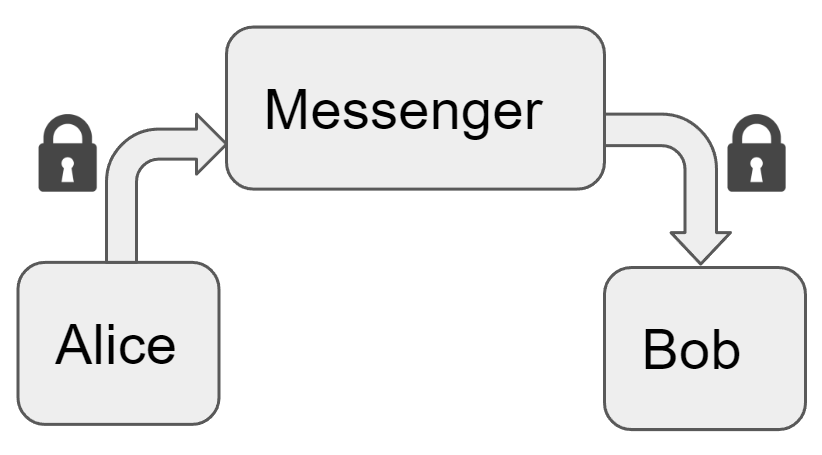 Encrypted-in-transit message
End-to-end encryption (E2EE for short) takes the message and puts it in an encryption "envelope". The messages still flow through the communication provider, but the provider can't read or modify the message. It's private "end to end", hence the name. 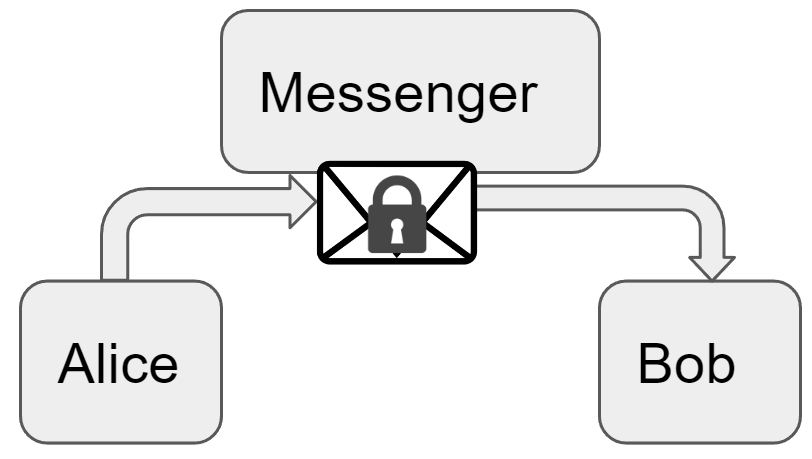 End-to-end encrypted message
With E2EE, a communication provider:
E2EE is not preferred by many communication providers, because it limits the sort of services you can provide:
Why do I need this?
"I'm not talking about anything illegal, why would I need encryption?"
To understand why an upstanding person like yourself might need end-to-end encryption, it can be helpful to think about the many parties that may want to access your communication.
What do I do?
The best thing you can do is to get an app that supports end-to-end encryption for messages and video/audio calls, and get in the habit of using the secure mode by default. Encourage your friends and family to use secure options, and make it clear that you're not comfortable with using systems like text messages anymore.
Some options to consider:
Most importantly, get away from daily use of anything where you are not sure you have end-to-end encryption.
That's my rant, now go install your new communication app!
Posted by Michael Jarrett at 10:28 PM No comments:

Why I flag most recruiter emails as spam (Amazon edition)

Usually I just flag as spam and move on. But sometimes it's just funny when a company as big as Amazon can get something as basic as a recruiting email so wrong. 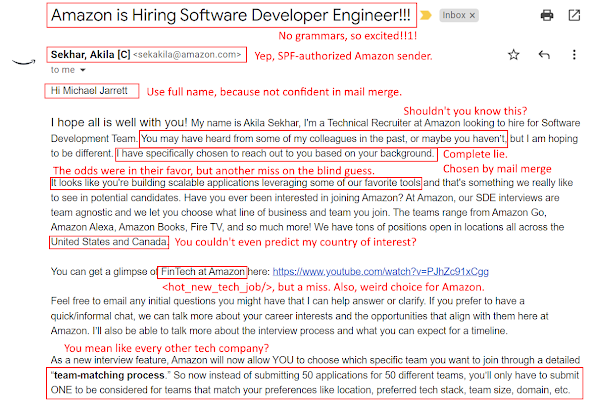 Posted by Michael Jarrett at 10:58 PM No comments: